Dr. Nandedkar has been endorsed by Marquis Who’s Who as a leader in the academic industry 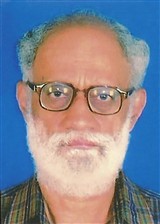 MUMBAI, INDIA--(뉴스와이어) 2019년 06월 12일 -- Marquis Who’s Who, the world’s premier publisher of biographical profiles, is proud to present Deepak Nandedkar, PhD with the Korea Albert Nelson Marquis Lifetime Achievement Award. An accomplished listee, Dr. Nandedkar celebrates many years of experience in his professional network, and has been noted for achievements, leadership qualities, and the credentials and successes he has accrued in his field. As in all Marquis Who’s Who biographical volumes, individuals profiled are selected on the basis of current reference value. Factors such as position, noteworthy accomplishments, visibility, and prominence in a field are all taken into account during the selection process.

Supported by more than 35 years of professional experience, Dr. Nandedkar is a celebrated educator in the field of engineering, for instance refer to press release web-link below.

For Dr. Nandedkar born on Jan 26, 1944, at Indore (Madhya Pradesh) India, this article may be treated as the celebration of his professional-career so far at his completed age of 75 years. Early in his career, he acted as a lecturer from 1969 to 1976 at the Electrical Engineering Department, Indian Institute of Technology Bombay, Powai (IIT), Mumbai, India and further continued there in the role of assistant professor from 1976 to 2001. Dr. Nandedkar was elevated to the position of associate professor in the electrical engineering department — a position he held from 2001 to 2006, at IIT, Mumbai. From 2006-, he is working as an Independent Research Scientist, Engineer/Educationist.

A respected voice in his areas of expertise, Dr. Nandedkar has been an active leader both professionally and civically. He is a life member in category of Fellow (2004- ) of the Institution of Electronics and Telecommunication Engineers, New Delhi, India and also a life member (2004 - ) of the Indian Society for Technical Education, New Delhi. He has also maintained alignment with the Indian Institute of Technology, Bombay Alumni Association from 2005 - as a Life Member, and received the Fellowship of American Biographical Institute of 2011.

Dr. Nandedkar has contributed his extensive knowledge to articles in Scientific & Technical journals such as the Physics Journal. An outstanding professional, he has written articles in the Physics Journal, PSF-Public Science Framework, AIS-American Institute of Science, Boston, U.S.A such as “Analysis of Mobility of Intrinsic Germanium and Silicon near Room Temperature”, Publication Date: 29 Dec 2015 , "Determination of the Charge to Mass Ratio of an Electron and Classical Radius of a Gas Molecule Using the Knowledge of Electronic Damped Oscillations in Plasma”, Publication Date: 11 Jan 2016, & “Further Studies on D.C. Noise in Plasma Due to Electron-Ion Collisions”, Publication Date: 17 Jan 2016 etc, apart from International Journal of Electronics (1968-1970), England and Journal of the Institution of Telecommunication Engineers (1968), India.

Throughout his career, Dr. Nandedkar has been recognized for his contributions. He received, the International Scientific Technical Journal Writer Award-cum-Honorary Degree of Doctor of Literatures with Gold Medal (2019) and the International Scientific Technical Award-cum-Honorary Degree of Doctor of Sustainable Development with Gold Medal (2019), both from the University of DIAM - The Discipleship Institute for Apostolic Ministries, Kohima, Nagaland India, along with the Glory of India (Gold Medalist) Award (2019, 2018) from the Best Citizen Publishing House, New Delhi & with the Gold Medal from the Global India Friendship Society New Delhi, apart from the Albert Nelson Marquis Lifetime Achievement Award (2018) & the Marquis Lifetime Achiever Award (2017). He also received the international Honorary Degree of Doctor of Humanities-cum-Universal Peace Award & Gold Medal (2018) and the International Honorary Degree of Doctor of Divinity with Vidhya Ratna Award & Gold Medal (2017) both from the University of DIAM, Kohima, Nagaland. Further he received the Bharat Nirman Award (2016) from the Friendship Forum, New Delhi. He was also presented with the International Education and Leadership Summit Award (2015) along with the Exemplary Educationist Award (2015) Organized by the Indo Global Chamber of Commerce, Industries and Agriculture from Pune, India and the Confederation of Indian Universities, from New Delhi. He obtained the Gold Medal for India (2010) for Overall Contributions to Country India and its People, from ABI. A Meritorious Decoration Certificate is received by him in New Models of Electromagnetic, DCs & DC Coupled Plasma Quantum Noises (2008) from IBC - The International Biographical Centre, Cambridge, England.

With reference to Global Peace he received the Certificate of Citation of Honor for Peace & Freedom along with a World Medal of Freedom for 2006-2005 from ABI and International Peace Prize (2005, 2003) from UCC, apart from the International Degrees, of Doctor of Humanities (Honor is causa)-cum-Universal Peace Award with Gold Medal (2018) and, of Doctor of Divinity (Honor is Causa) with Vidhya Ratna Award and Gold Medal (2017)-both from the University of DIAM, Kohima, Nagaland as already mentioned before.

With the above consideration of Global peace, Dr. Deepak Nandedkar receives the Korea Albert Nelson Marquis Lifetime Achievement Award (2019) along with some leftover details in his academic/Educationist career so far, such as the International Scientific Technical Journal Writer Award-cum-Honorary Doctor of Literatures with Gold Medal (2019) and the International Scientific Technical Award-cum-Honorary Doctor of Sustainable Development with Gold Medal (2019), both from the University of DIAM as mentioned before.

In recognition of outstanding contributions to his profession and the Marquis Who's Who community, Deepak Nandedkar, Ph.D. [Doctor of Philosophy (1970) from the IIT Bombay, Powai, Mumbai], has been featured on the Albert Nelson Marquis Lifetime Achievement website. Please visit www.ltachievers.com for more information about this honor.

About Marquis Who’s Who®

Since 1899, when A. N. Marquis printed the First Edition of Who’s Who in America®, Marquis Who’s Who® has chronicled the lives of the most accomplished individuals and innovators from every significant field of endeavor, including politics, business, medicine, law, education, art, religion and entertainment. Today, Who’s Who in America® remains an essential biographical source for thousands of researchers, journalists, librarians and executive search firms around the world. Marquis® publications may be visited at the official Marquis Who’s Who® website at www.marquiswhoswho.com.